Love your item but I own 4 dogs and need something that allows me to put all 4 on it. I had a quilt made and put all 4 on it, It turned out beautiful. Please let me know if this is possible.

Great sign, so fun and great for honoring or remembering your special pets! 💕 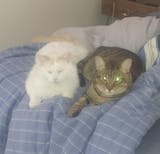 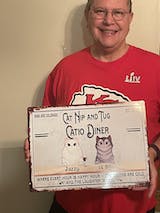 it was well made and super cute! 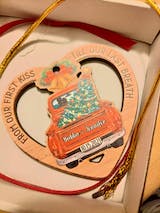 Can this phone cover be used with the cordless magnetic chargers? I don’t like to take the cover off every time I want to charge my phone . 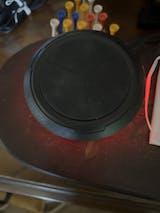 The customizable wooden heart ornament came beautifully done. It was thick enough to not break and looked exactly as promised. 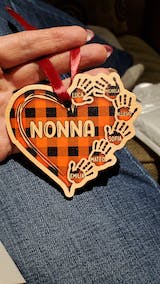 It turned out beautiful!!! 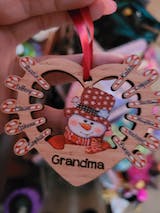 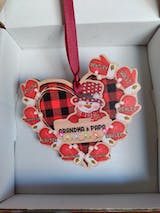 This is exactly as described and the personalization was split on. Would definitely order again. 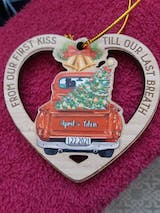 I purchased this ornament as a gift for my mother, and she absolutely loved it! Thank you!

It's absolutely beautiful, was so happy to get it 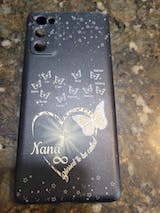 This is a very unique and personalized gift. Looks great on our tree

Looks hand made mostly, it was much lighter in weight than I expected and came out wonderful! 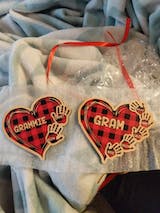 I can’t wait to give this to my mom for Christmas. I know she will love it! I’m so glad you were able to get all 12 great grandchildren’s names on it! 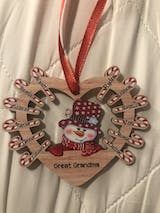 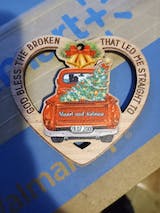 I am so happy I ordered these ornaments for my kids’ grandmothers! They came faster than I expected and the quality is great. I can’t wait for Christmas so the grandmothers can open them and love them too!! 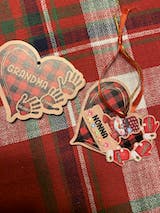 I'm only putting 5 start because it's the only way the system will let me. Buyer beware! I had place an order for a 2pack, and while it came in a reasonable amount of time, I was disappointed to discover only 1 ornament arrived. After checking my order confirmation to ensure I wasn't mistaken in my expectations, I discovered I was correct that I should have received a two pack. I contacted customer via email since this was thier form of communication to me and I was told a replacement order was going out and I would receive an email and tracking number in a few days. Since the holidays were approaching. I tried to give some grace and then followed up to be told my order must have been lost and I could have a replace order or refund. After checking to see how long a replacement order would be, I stated a replacement order would be fine as long as I received tracking nd an order number. I then was meet with emails that my order was stuck at the post office and to give it time. I kept emailing for an order number and tracking only to receive emails back to be patient on the post office. After several emails back, over 13 and a total of like 2 weeks from the first issue, thier replies ended back to me. Its like they knew they were caught in lies and had no way out.
when I received an email about placing an order with special code, I had enough and replied back stating I would never order again when they had never fulfilled or taken care of thier issues from my first order. I finally got refunded and now trying to figure out what to do for another idea on short notice for what would have been the perfect present.
Save your time and money and learn from my mistake of ordering and don't. While they have some great ideas: shop local. Try etsy. Do something different. This company is only going to end up taking your money and cause you a headache.
I would love to have given a higher review but that would have been a lie. I would love to have said the ornament ain't that bad. Wish it was a bit bigger or bit thicker but overall I'm pleased... but in all honesty my interactions with the company outweigh the item itself so much that I cannot focus on the item as I only received half of what I ordered.
This is my honest review..
Thanks for listening and I hope this actually gets posted! 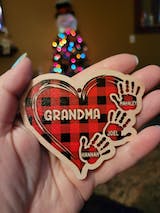 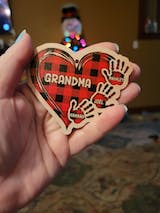 I ordered 2 they turned out wonderful!! Love them!! I can't find a lot of things to have all there names on. thank you! 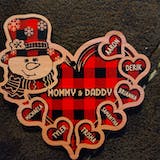 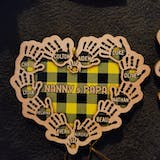 I love my ornament and it looks great on my tree. Very well made and I love that it is wood.

So adorable and looks perfect on my tree! 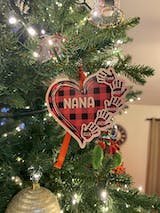 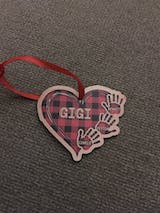 This is absolutely the most adorable case I have ever received. I absolutely love it. I am absolutely thrilled with it. However it’s a bit slippery so it slides off my desk. Other than that. I am in love 🥰 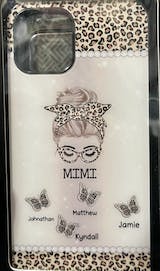 Very satisfied with my order have ordered 2 times now and completely satisfied, just need to be patient, it does take about a month, well worth the wait. 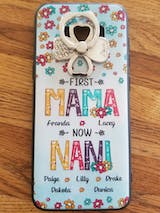 I love my ornaments, very cute, well made and love to have my staffies on the christmas tree 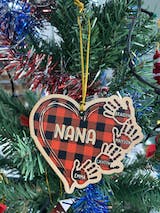 I love my new phone case! It fit all 13 of my grandkids! Quick delivery! 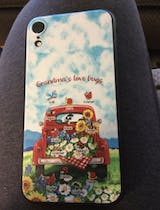